The Leon Zelman Prize has been awarded since 2013 to people or initiatives that are actively committed to the memory of the Shoah and the dialog between today’s Austria and the victims of National Socialist persecution and their descendants. 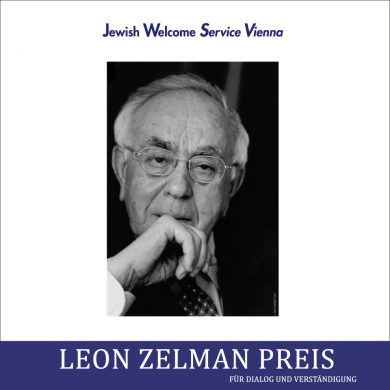 The prize was presented at Vienna City Hall in September 2020. The first prize is endowed with 5,000 euros and donated by the City of Vienna.

The jury explains its decision as follows:

“In choosing this year’s winner, Olga Kronsteiner, the jury has awarded a journalist who has for many years dealt comprehensively with the disenfranchisement, deprivation, expulsion and persecution of Viennese Jews. In her articles, she regularly focuses on Austria’s National Socialist past in the tradition of the great journalist Hubertus Czernin. She addresses questions of provenance research and restitution, portrays expelled and murdered collectors, and in doing so takes into consideration not only public museums but also the private art trade, auction houses, and galleries. With meticulous journalistic and historic research, she makes a contribution towards heightening public awareness of the Shoah and its consequences. With commitment to and empathy for the victims of National Socialist persecution and their descendants, Olga Kronsteiner succeeds in awakening sustainable interest in a complex topic and among an unusually wide audience.

The organization was founded in 1980 on the initiative of the former mayor Leopold Gratz and city councilor Heinz Nittel, together with Leon Zelman, who died in 2007. Its president is the incumbent mayor of the City of Vienna. Key tasks include visit programs for expelled Viennese Jews and their descendants, as well as study trips for the younger generation. Wien Holding has also been supporting the work done by the Jewish Welcome Service since 2018.