The author Lore Segal visited Austria at the end of September. The occasion was the opening of the exhibition “Kitchen of Memory” at the Literaturhaus Wien and the awarding of the author with the Theodor Kramer Prize “For Writing in Resistance and Exile”. The Jewish Welcome Service supported the trip of Lore Segal and her daughter Beatrice.

Lore Segal was born in 1928 in Vienna and was able to flee to Great Britain on a Kindertransport in 1938. She has lived in New York since 1951. On September 26, there was a reading with Segal to mark the opening of the exhibition “25 Years of the Austrian Archive for Exile Studies” at the Literaturhaus Wien (on until Jan. 10, 2019) as well as a conversation with the author. The companion book to the exhibition, Kitchen of Memory. Food and Exile, includes a contribution by Segal. Founded in 1993, the Austrian Archive for Exile Studies, a department of the Documentation Center for Modern Austrian Literature, documents the life and work of Austrian writers and other cultural figures who have been living in exile and emigration since 1933 or 1938.

Segal was awarded the Theodor Kramer Prize on September 27 in recognition of the life and work of a writer who, already as a child, felt the need and necessity to make other people understand the extent of anti-Semitism, exclusion and persecution under the National Socialist regime, as well as her experiences of flight and exile. 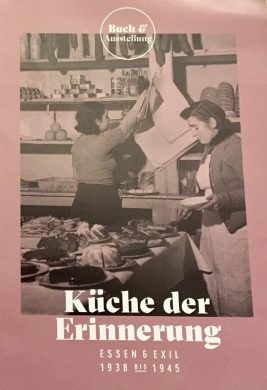